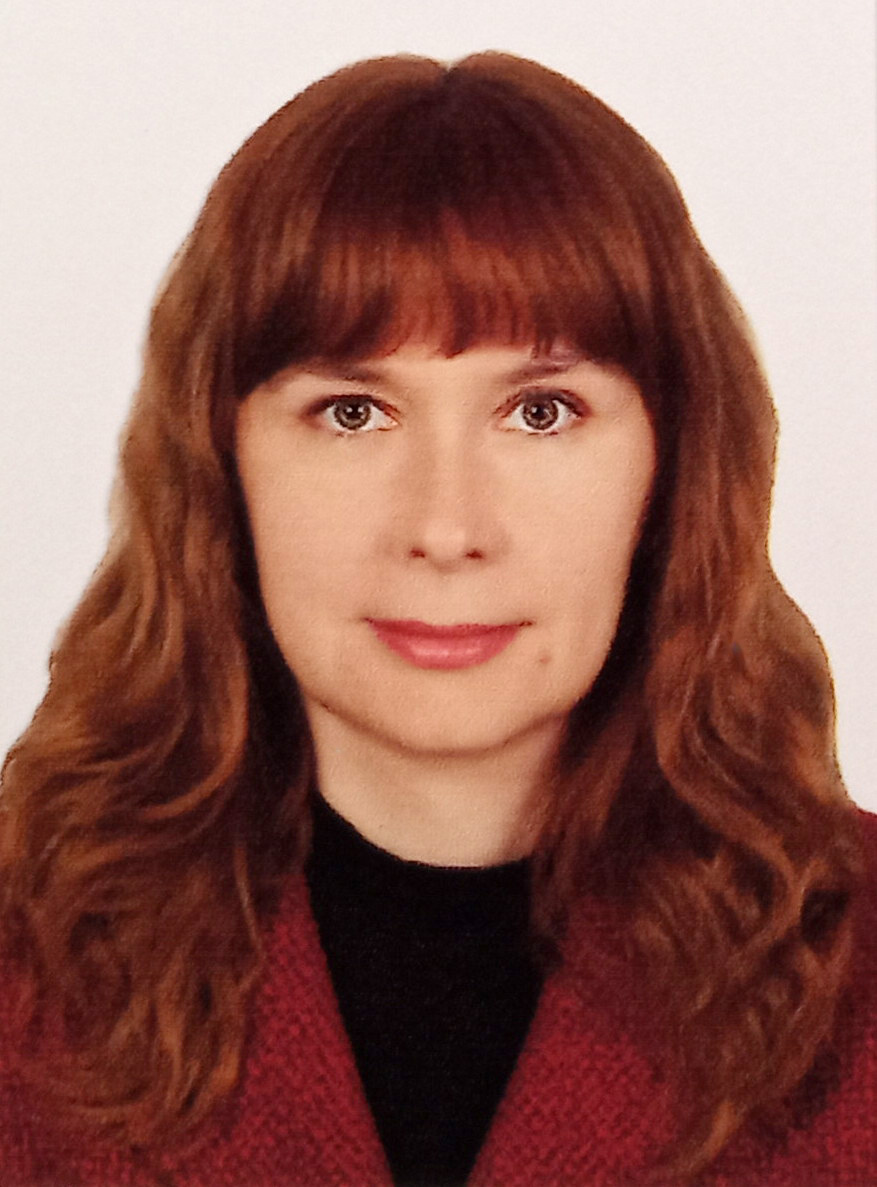 Education: Born in Donetsk, Donetsk region. She received an incomplete secondary education at the Secondary School №13 in Donetsk. After graduating from 9th grade, she entered the lyceum at Donetsk State University, which she graduated in 1995.

In 2000 she graduated with honors from Donetsk State University with a degree in “Ukrainian Language and Literature” and qualified as a philologist, teacher of Ukrainian language and literature.

2001-2002 – Junior Researcher of the scientific topic of the Department of Ukrainian Language “Communicative and Pragmatic Processes in Ukrainian Grammar”.

Fellow of the Cabinet of Ministers of Ukraine for young scientists (2007-2009).

In 2002-2011 she was the executor of two international projects “Slavic Prepositions in Synchrony and Diachrony: Morphology and Syntax” and “Models of Slavic Simple Sentences taking into account Their Typical Meanings and Speech Realizations”, carried out by linguists of Donetsk National University together with scientists from the faculties of philology of Lomonosov Moscow State University (Moscow, Russia), Belarusian State University (Minsk, Belarus) and Yanka Kupala State University of Grodno (Grodno, Belarus). Within the framework of these projects she is a co-author of the Dictionary of Ukrainian Prepositions, 2007 (co-authors A. Zagnitko, I. Danyliuk, I. Shchukina) and one of the authors of the database “Ukrainian Prepositions and Their Equivalents”, 2006, implemented using Microsoft Word and Microsoft Access software products.

Since 2006 she has been the administrator of the Linguistic Portal www.mova.dn.ua.

2010-2012 – a member of the Council of Young Scientists of Donetsk National University.

Since 2010 she has been supervising the writing of candidate dissertations. Candidate’s dissertations were successfully defended by postgraduate students: A. Zenina on the topic “Adaptation of English in the Terminology of Ukrainian Banking” (specialty 10.02.01 – Ukrainian Language, Donetsk, 2014); I. Bohdanova on the topic “Suggestion Potential of Precedent Units in Ukrainian Media-Discourse of the Early 21-st Century” (specialty 10.02.01 – Ukrainian Language, Vinnytsia, 2016).

Since February 2016 – Associate Professor of the Department of General and Applied Linguistics and Slavic Philology of Donetsk National University, Ministry of Education and Science of Ukraine.

Since 2017 – a member of the Specialized Academic Council K 11.051.14 at Vasyl’ Stus Donetsk National University.

In 2018 at the Institute of Philology of Taras Shevchenko National University of Kyiv she successfully defended her dissertation for the degree of Doctor of Philology on “Syntactic Phraseology in the Ukrainian Language: Structural-Semantic, Pragmatic and Applied Dimensions” in specialties 10.02.02 – Ukrainian Language 10.02.21 – Structural, Applied and Mathematical Linguistics. Scientific consultant – Corresponding Member of the NAS of Ukraine, Doctor of Philology, Prof. A. Zahnitko.

Since November 2019 – Chairman of the Academic Council of the Faculty of Philology.

From January 2020 – Acting Head of the Department of General and Applied Linguistics and Slavic Philology of Vasyl’ Stus Donetsk National University.

Author of more than 150 scientific and educational works.