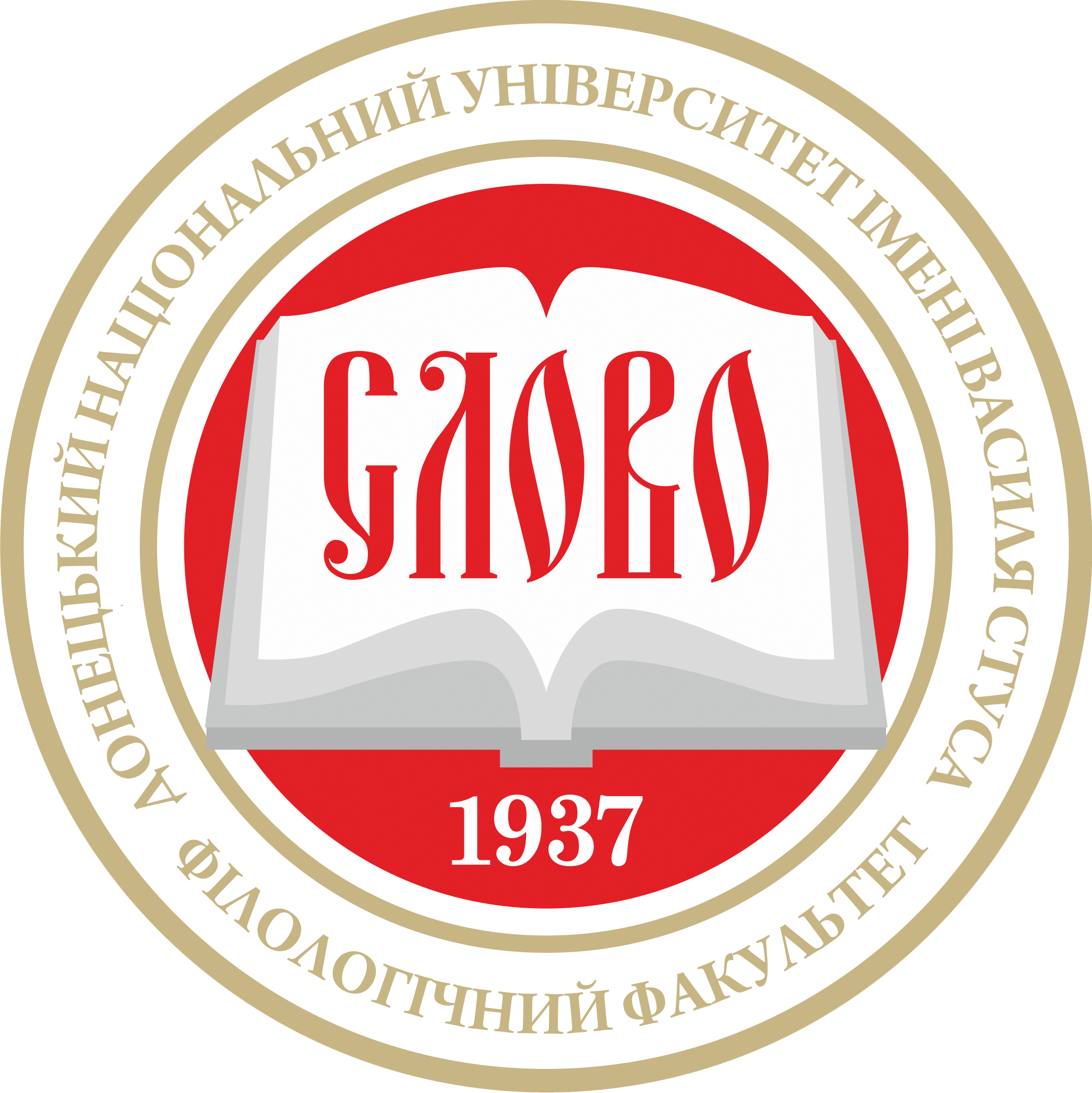 History of the Faculty

In 1937, 150 students were transferred from the Artemov Teachers’ Institute, and they were the first graduates. However, the fate of many teachers tragically ended at the beginning of their careers. Thus, Rosynskyi, Shevchenko, Syrota, Shostak, Ishchenko were repressed during 1937-1938, and behind them the first director of Stalin Pedagogical Institute Olexander Yevdokymenko. He was sentenced to ten years of manual labour. (He was rehabilitated posthumously only in 1956). S. Ksenafontov was appointed the director of the Pedagogical Institute.

In 1941 Stalin Pedagogical Institute was evacuated along with a number of students, among them a student of the Faculty of Literature, Oleksandra Borodaii. Teachers – Menshykov, Kostetskyi, Marchenko, Hutsalo, Dukhovnyi – were the first to go to war together with students to defend the Fatherland.

In general, on the fronts of World War II, according to the archive of the Ministry of Defense of the USSR, fought 20 teachers and 100 students from Stalin Pedagogical Institute. According to preliminary data, eighteen students and four teachers were killed, including Kostetskyi Vadym, first dean of the Faculty of Philology. The lecturer of the history of Russian literature Marchenko Mark died under Rzhevsk 14.01 1942, buried in a mass grave. (His feat was reported in “Rzhevska Pravda” on November 3, 1968).

On the territory of the Palace of Culture of Metallurgists in Donetsk, the German authorities created a concentration camp, where Jews, Communists and other suspicious persons were primarily driven away. All of them were shot or tortured in death camps. And the Donbass Hotel was transformed into a regional branch of the Gestapo.

The local population strongly resisted the invaders. The senior lecturer of the department of Russian language and literature Lykhoshpai Proskoviia is a participant of the underground. The students of Stalin Pedagogical Institute were also members of the youth organization, resisting the invaders. In 1941 Anatolii Kolomiets was detained while posting leaflets of a graduate of the historical faculty and member of the partisan detachment. The Germans shot him right by the Gestapo walls.

Students of the Faculty of Philology, together with nurse Baranchykova Kateryna, a student of the Medical University Shura Vasilieva, teacher Marta Noskova, distributed leaflets with the information bureau, helped prisoners of war to escape from the death camp. And then they helped with clothes and documents, and took them out of town so that the fugitives could get to their troops. In 1942, in the sixth issue of the ‘Donetsk City magazine’ of the Yuziv City Council, a field commander’s announcement was printed: “The following persons were guilty of aiding and abetting the escape of prisoners of war and were therefore shot dead on January 15, 1942”. The following are the names of the students who were killed: Baranchykova Klavdiia, 23, Kastrykina Kapitolina, 22, Noskova Marta, 29 years.

Matviyenko Lidiia, a graduate of the Philological Faculty, worked in the construction team “Tornt” on the assignment of an underground organization headed by Olexander Shvedov. She provided the detachment with weapons, documents and passes. She participated in the development of a plan to disrupt the frontline personnel, which was destroyed on April 23, 1943. On March 2, 1943 she was shot by German occupants for treason.

Only in 1943 the city of Stalino was liberated by the Soviet troops. And almost immediately Stalin Pedagogical Institute resumed its work. The German invaders inflicted great losses on the Institute: the educational building and the library, with a hundred thousand books, were burned. The premises of secondary school No. 3 were given to the Pedagogical Institute. In a dilapidated room, with brick windows, without heating…

That’s how it stood up to the students in the autumn of 1943. There was a great desire to learn, and it was the necessity to restore the premises. Boys and girls first took up not textbooks, but construction tools. Soon the building was ready for classes. Due to the lack of furniture, the management of the Pedagogical Institute obliged each student to bring a chair, and every four – a table. Soon all furniture was replaced with new ones. The Donetsk furniture factory made tables, benches and boards.

There were no textbooks, so other high schools came to the rescue. On January 1, 1944, only half of the students in the last pre-war year – 484 students – attended the full-time department, then since January 1, 1944 – 791 students, among them were warriors awarded for military service with medals, orders, some with officer rank. In the victorious 1945, 120 students received their teachers’ diplomas. It was difficult with the teaching staff, because there were only 25 teachers working. H. Rikhter, Hurkevych, Hrytsaii, M. Moldavska, Y. Miroshnychenko remained teaching. And in 1945, their number increased to 64. Some returned from the war. M. Reva, who fought from 1941 to 1945 in the 6th Infantry Regiment of the Tank Brigade, O. Polovynkina – radio-telegraphist of the first Pskov Legion, Guards Senior Lieutenant Stepan Tsybulnik – navigator of the squadron, Stepan Kulakov – a ranker of the third Regiment of the Army Center, Associate Professor of the Russian language department, Senior Sergeant of the Rifle Regiment M. Prychestkov.

In 1953, staff of lecturers raised the issue of creating a university in the Donetsk region. On September 14, 1964 on the basis of the decision of the Council of Ministers of the Ukrainian SSR became a branch of the Kharkiv State University. On June 11, 1965 the resolution of the Council of Ministers of Ukraine to establish Donetsk State University was issued. The first rector was Khoroshaiev Mykola. On December 26, 1965 in Donetsk Opera and Ballet Theatre there was a solemn meeting devoted to the opening of the University and Donetsk Scientific Centre of the Academy of Sciences of Ukraine.

Young scientists began to arrive in Donetsk from all over Ukraine. Adanov, Hirschman, Liakh, Otin, Stebun, Tsyganenko, Shevchuk worked at the philological faculty. They all stood at the source of the creation of new university structures.

In 1970, 170 scientific papers were published, in particular the works of Hirshman M., Postova F., and Tsyhanenko H. In 1967, Dobrov P. won at the All-Union Student Works Competition, who later became the Dean of the Faculty of History. Time flowed quickly. 70-80 years is a time of great internal university construction: educational buildings, dormitories, sports and recreational facilities.

Since 1994, the university has received a fourth level of accreditation with the right to autonomy. In September 2000, the institution was granted national status. At the same time, regional and national ties have expanded. In cooperation with other institutes and universities, our university organized forums, conferences and so on. There are specialized scientists of the Council on defense of candidate and doctoral dissertations at Donetsk National University.

In 2001 the Faculty of Philology opened a specialty “Journalism”, which provides licensed recruitment and training of students in the direction of “bachelor”, and since 2005 – in the directions of “specialist” and “master”. The Department of Journalism was established in 2005.

In 1995 a new Department of Ukrainian Philology and Culture was created to teach all the specialties of the University of Ukrainian studies cycle (“Ukrainian language in professional direction” and “History of Ukrainian culture”). Since 2009, it has been a graduate in the specialty “Cultural studies”.

Since October 2014, the Faculty of Philology operates in Vinnytsa in connection with the relocation of the University because of the war in Donbass. The faculty continues developing.

– Scientific School of Grammar and Linguistic Personality under the guidance of Doctor of Philological Sciences, Professor, Corresponding Member of NAS of Ukraine Zagnitko A.;

– scientific school of psychology of health under the direction of Doctor of Psychological Sciences, Professor Batsyilieva O.

Now the Faculty of Philology prepares bachelors for 5 educational programs:

After completing the Bachelor’s degree, students have the opportunity to continue their studies at the Master’s level in 5 educational programs:

The studying is provided by the faculty of six graduating departments: Ukrainian language; theory and history of Ukrainian and world literature; general and applied linguistics and Slavic philology; Ukrainian philology and culture; psychology; journalism.

In addition to full-time employees, leading academic staff of the NAS of Ukraine, scientists and teachers of other countries, well-known cultural figures, famous journalists and psychologists are often invited to provide the educational process.

Every year, the faculty holds scientific conferences, publishes scientific periodicals, where not only teachers but also students publish their studies. Scientific work is also carried out in accordance with agreements concluded with other universities of Ukraine, near and far abroad.

fundamentality, flexibility of humanitarian education, the value of which does not depend on market fluctuations and is recognized in Ukraine and abroad;

full cycle of training of the modern highly skilled specialist and scientific personnel in humanitarian sphere in the system of bachelor’s – master’s – post-graduate – doctoral studies. Since 2017, the Specialized Scientific Council K 11.051.14 for the defense of candidate dissertations on specialties 10.02.01 – Ukrainian language, 10.02.17 – Comparative-historical and typological linguistics has been successfully operating (Chairman of the Council – Doctor of Philological Sciences, Professor, Corresponding Member of NAS of Ukraine A. Zahnitko);

participation in academic mobility programs. The students of the Faculty of Philology successfully realize their creative and scientific potential in educational institutions of Sweden, USA, Great Britain, Poland;

Today, the Faculty of Philology of Vasyl’ Stus DonNU has 53 qualified teachers, of which 10 are Doctors of Sciences, 30 Candidates of Sciences, 1 Honored Worker of Culture, 1 Honored Journalist of Ukraine. These are five master’s degree programs; a full cycle of study with the opportunity to defend theses; a broad international partnership; limitless possibilities for realizing intellectual and creative potential. 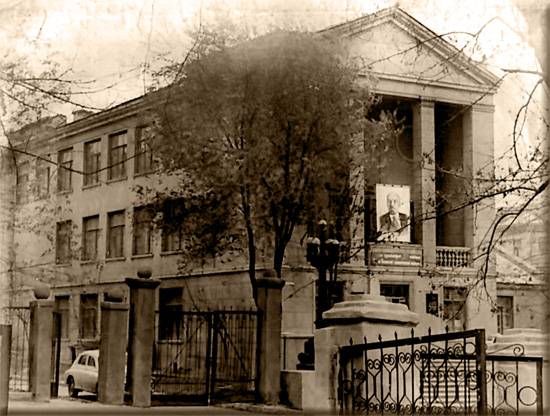 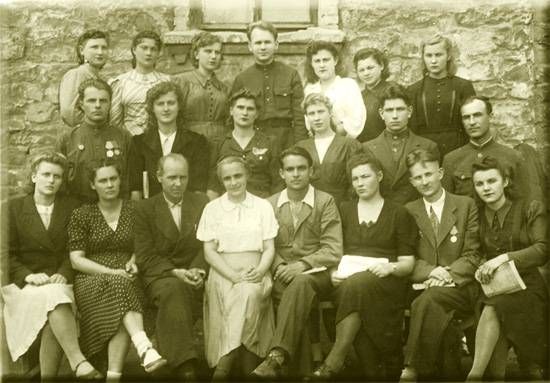 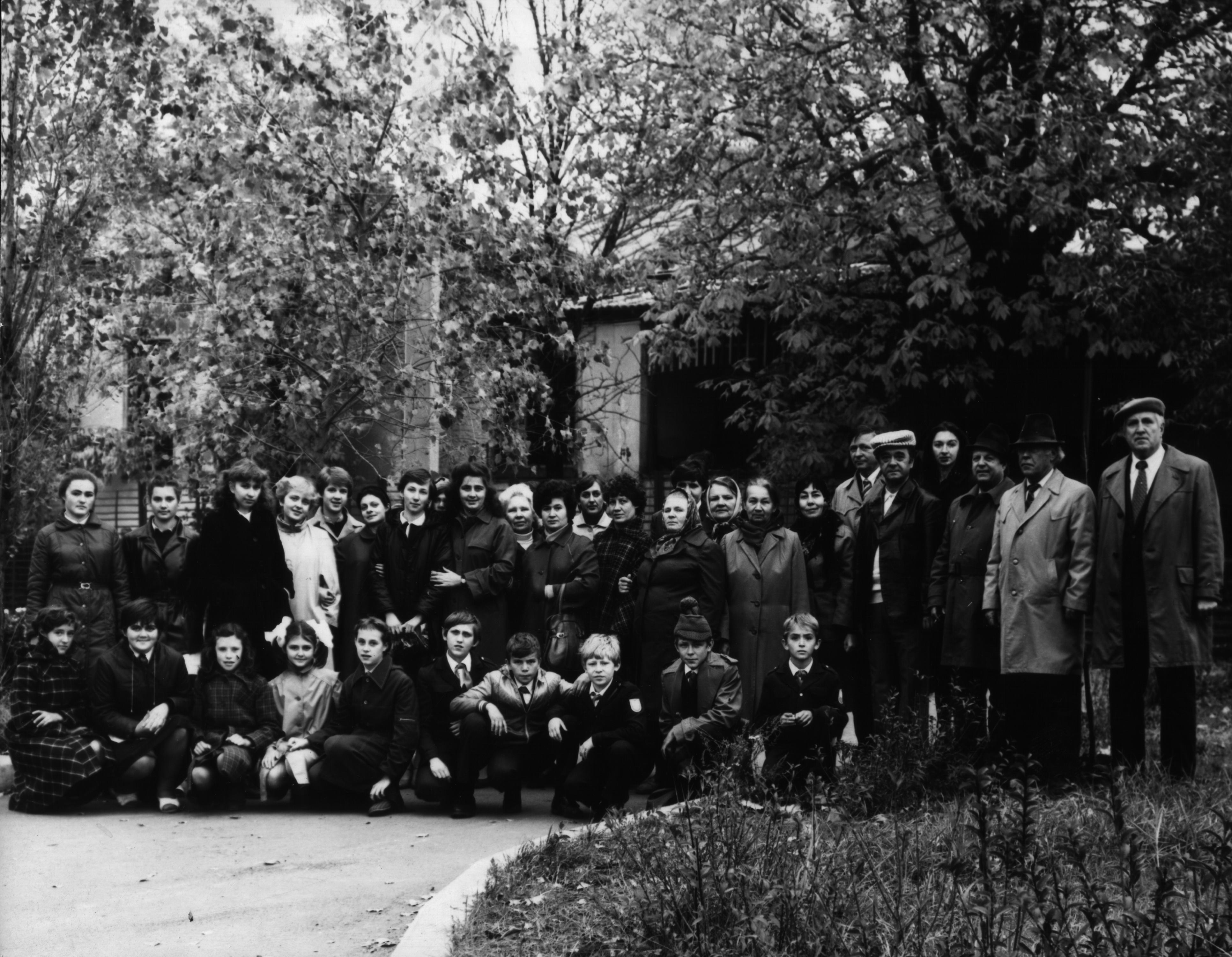 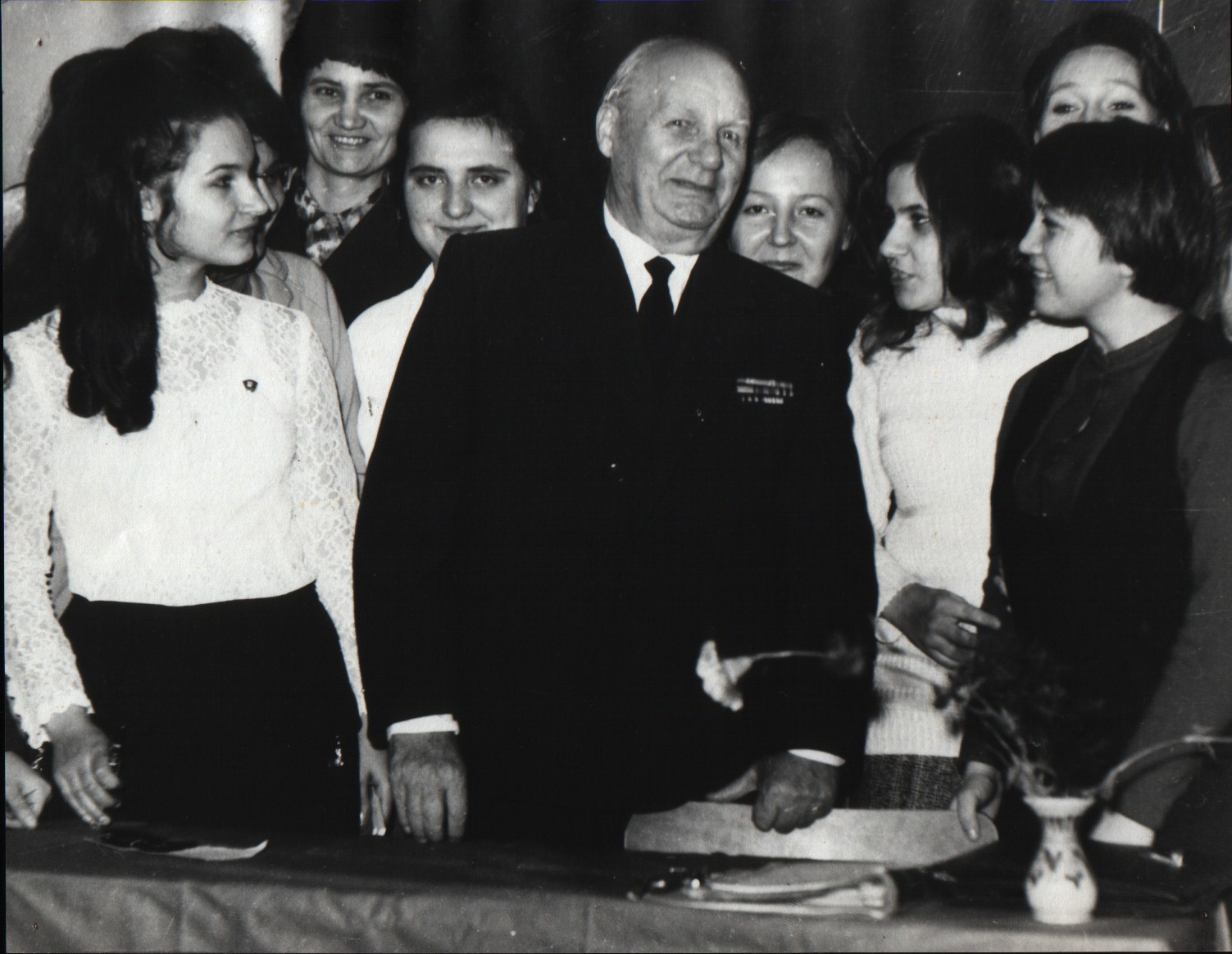 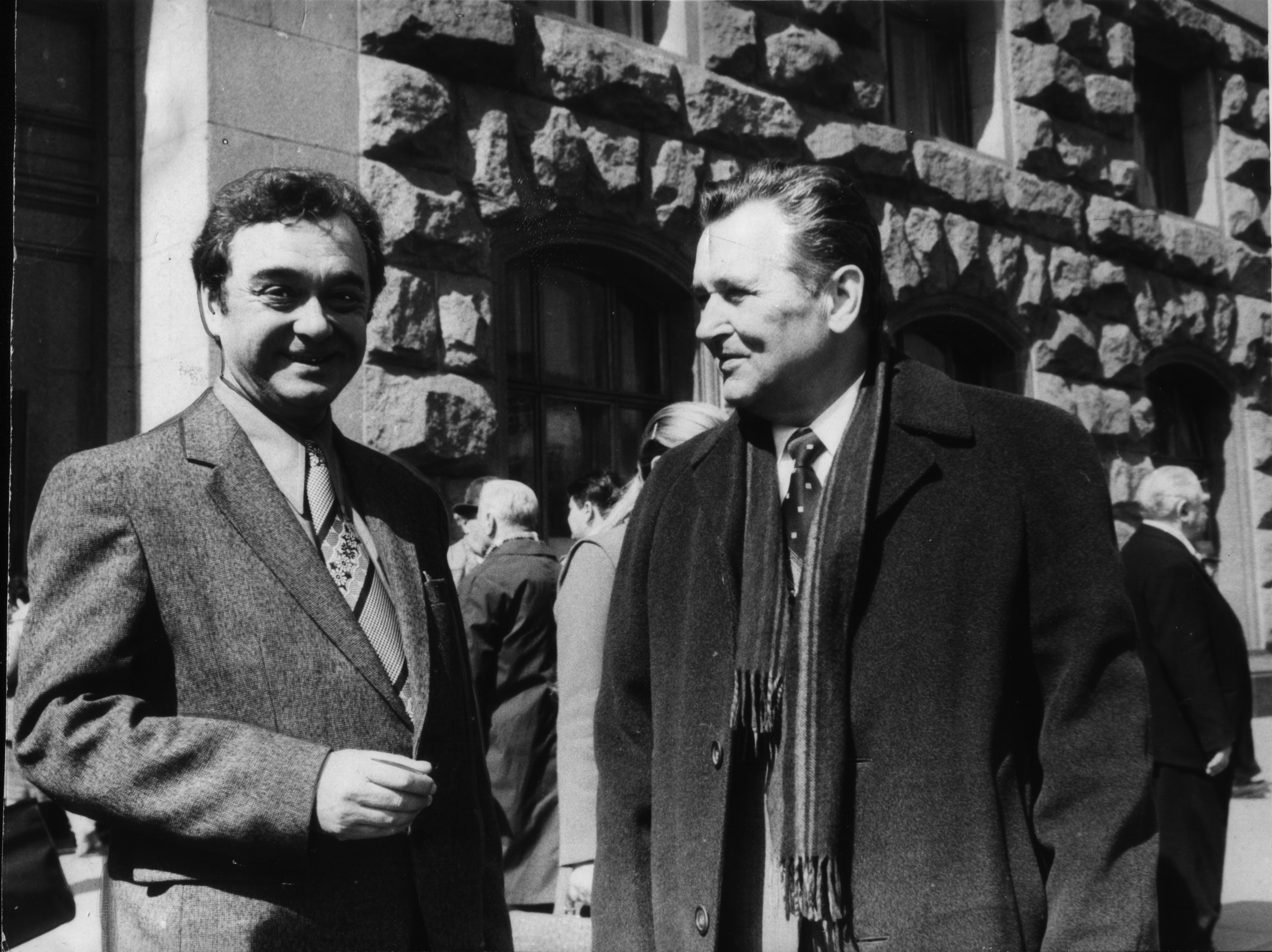